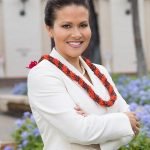 Kymberly Pine never imagined that she would be an elected official. Seeing her community neglected by government leaders in the areas of traffic relief, school funding and crime motivated her to run for office to ensure that the Leeward Coast would no longer be left behind. Since her election to the Hawaii House of Representatives in 2004 and now as a member of the Honolulu City Council, her district has received over a billion dollars in funding for new roads, schools, parks, beaches and various community improvement projects. Tougher crime laws were also passed.

Kymberly has a strong work ethic and a passionate desire to succeed. She graduated from the University of California, Berkeley where she obtained a Bachelor’s Degree in English. She was the youngest staffer to be appointed as Director of the Minority Research Office in the State House of Representatives. In this position, she ran a team focused on finding waste and mismanagement in government spending and creating new solutions to Hawaii’s problems. Her work in policy has received extensive coverage in local television, radio, and print media and has also been used by the Governor’s and Lt. Governor’s offices.

Today, Kymberly is proud to serve as the District 1 City Councilmember, representing the areas of ’Ewa, ’Ewa Beach, Kapolei, Honokai Hale, Ko Olina, Nanakuli, Maili, Wai’anae, Makaha, Keaau, and Makua. As the Chair of the Zoning & Housing Committee, Kymberly is committed to addressing Hawaiʻi’s critical need for affordable housing for our local families. 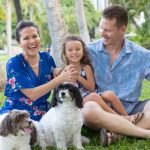 In the early 1900’s, Kymberly’s grandfather emigrated from the Ilocos Norte, Philippines with a few pesos, a photograph of the Statue of Liberty, and a dream that his descendants would one day go to college and be spared the hardships of plantation life. He later went on to fight in World War II.

Kymberly’s great grandparents on her grandmother’s side of the family emigrated from Pangasinan and Tarlac, Philippines. They worked on Maui and Ewa plantations. Her family was very poor back then but worked hard to ensure success for future generations. This is one of the reasons that Kymberly is so passionate about helping the poor and why she worked for over six years at U.S. VETS – HAWAII, a home for former homeless veterans.

Her husband Brian serves in the United States Navy as a Lieutenant Commander and is currently stationed at Joint Base Pearl Harbor. In 2015, Kymberly and Brian welcomed their blessing, Baby Allie into their lives. Kymberly and Brian are members of Our Lady of Perpetual Help Catholic Church in Ewa Beach where they both met and serve as lectors.